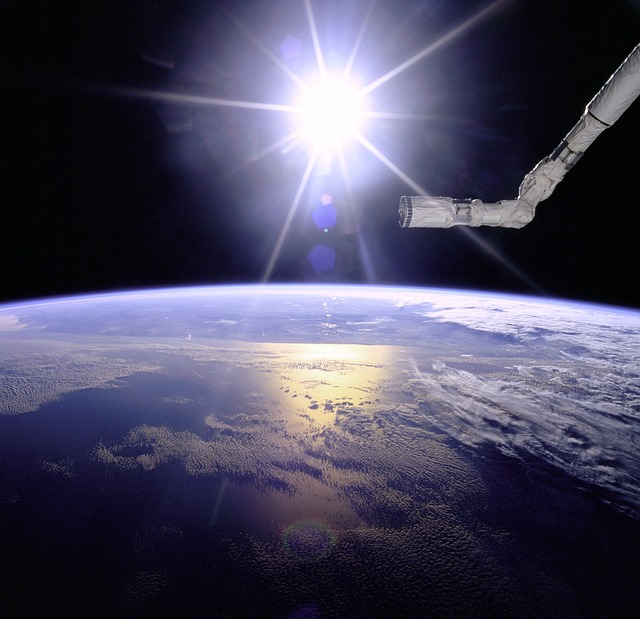 Summer Writing Series continues with a look at Science Fiction. John Steiner is an author at Melange Books. He will share his views on how he built the world for his Flipspace series.

Science fiction with spaceflight was how I started my journey as a writer, and it’s always been my first love. It took novels about vampires to break out into the published world, but my end goal was to reach for the stars. Flipspace represents that dream.

The core of my writing was in the format of full length novels, often as unconnected stories within the same universe. Yet, for Flipspace I had a chance to develop a new approach to building an audience based on current trends in fiction. Frequently, I heard people say they’d love to read my work if they had the time. Even when blazed through, novels take hours to read. An enraptured reader won’t put a book down, but an uncommitted reader may fail to pick up where they left off. But most people have time for TV shows streamed on demand.

Aware of that, I began drafting a template that each installment of Flipspace would be built around. Never before had I been so rigid in forming a story. For those familiar with “The Last Unicorn” I had previously felt like the character, Schmendrick the Magician, “Magic, magic do as you will.”

However, to build a series of short stories required consistency and that in turn demanded timing that audiences came to rely on in television episodes. The first Flipspace story, Flight of the Mockingbird became the mold by which all other Flipspace missions would follow. Each story had seven chapters, and no one chapter went over four full-length pages in my word processor. Story introduction had to be confined to the first chapter. Climatic action floated between chapters five or six, though it wasn’t unusual for that to bleed over into the last chapter, particularly when suspense or horror was the climax.

In writing Flipspace I refined the economy of language and the timing of revealing character backgrounds. I knew that I couldn’t give in-depth histories of even a couple main characters in Flight of the Mockingbird, but there was so much about each crew member I wanted readers to discover. What is the reason Colonel Sumitra Ramachandra employs the unique command style she does? Why does her second-in-command, Major Lamarr Fitch switch unpredictably between prankster and serious? And just why in the hell does the flight surgeon, Captain Malcolm O’Connell have such an old man attitude?

Among the real joys of character-building in Flipspace were the many evolving relationships among the crew. Each character is propelled along a unique trajectory, and yet they still somehow managed to grow closer as a cohesive unit. There are differences of opinion, sometimes heated exchanges, and lingering resentments, but as is common in military units, they all pull in the same direction to get the job done.

With two characters, I drew on some of my older works. Todd Nathanial Ash, the ship’s genetic expert and notorious genetics hacker came from another short story called “Small Time” in my anthology, Tampered Tales. A character who I realized early on risked stealing the show was Captain Malcolm O’Connell, and his backstory is my firefighter science fiction novel, Fire Alive! which takes place some one hundred fifty years before Flipspace.

Tampered Tales contains another short story that I used as backdrop for one of the Flipspace installments, but which one and why would spoil the surprise. However, the rest of the world-building readers need for Flipspace takes place within the series itself, and sufficient hints for Malcolm and Todd won’t leave an audience scratching their heads for understanding each character’s persona or motivations.

There are two other key factors behind the expanding universe of Flipspace that are promises I made to myself when evolving the series. First, that all the science would be as accurate as I could make it. Even the spatial rotation for crossing between stars drew on real principles of cosmology and the forces we know act on our universe today. Also, I took in account the historical trajectory of human civilization and the advances in societies the world over and those soon to populate outer regions of our solar system. The social dynamics and what issues bring concern to the denizens of the future help shape the view readers have of the world that the crew of the ISS Mockingbird swore to defend.

The second promise I committed myself to would be no time travel. Often, I would look forward to a show or written story about spaceflight only to lose the thrill of exploration and discovery because of travelers from the future or a crisscrossing of timelines. I’ve come to recognize when time travel had become a sorry plot patch leaving the story ragged and mismatched. Star Trek: Enterprise is one such show that I was initially excited about until, that is, a character I came to call “Captain Buzzkill from the 26th Century” slipped into the era of the first starship voyage to spoil the tale and spill the beans about what the crew would find before they got there.

Critically, I needed a solid reason to avoid time travel, which I found in Max Planck’s scientific definition. So armed, I pushed the Flipspace saga into a blind future with the excitement of never knowing what awaited the crew at the end point of each spatial rotation. I structured these missions into a compact format that renders the science accessible to readers, while offering action, character and story that one could enjoy without doing a Google search.

So for two dollars and an hour’s flight time you can hitch a ride of adventure on the ISS-454 Mockingbird and be “Feet Down” by the time world calls you back.

You can find John here:

John Steiner earned his Associates of Biology at Salt Lake Community College, where he is currently working as a tutor in math, biology, physics and chemistry. He exercises an avid interest in history, science, philosophy, mythology, martial arts as well as military tactics and technology.