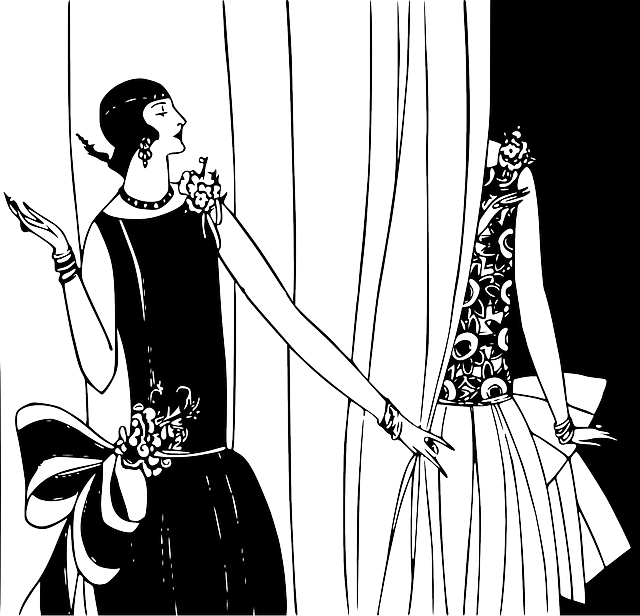 Do you have a favorite? Decade that is. Seems like everyone has one. They are even themes for parties.

The Fifties always seemed to be a favorite but I’ve noticed the Seventies is starting to edge it out. I saw a picture of someone attending a Nineties party and I wanted to shout, “Too soon!”

People seem to lump fashion, music, art and way of life into decades. How did that happen? When one decade ended, the next was given a blank slant and told to start something new? Or did it just work out that way?

The Twenties became the backdrop for my time travel novels. I had to research clothes and music but also had many of my grandmother’s old pictures. I think I chose that time period because it felt so familiar.

Lots happened in that decade, starting with Prohibition right down to modern fashion for both men and women. Crazy dances like the Charleston and the “talkies” –movies with sound—were big hits. The Twenties took people into the modern era.

So I guess looking at life through decades is kind of cool. It puts history in perspective in smaller bites. We can analyze time easier that way.

So let’s have a little fun. Choose your favorite decade. It can be one when you weren’t even alive. Do a little research, learn about it.  I was surprised to learn that telephones, refrigerators and indoor plumbing were quite common place. Don’t know why I thought they weren’t. It just seemed like so long ago.

One day this decade will be part of the group. Makes you wonder how it will be remembered. Fashion forward or party costumes? It probably won’t be long before we find out.