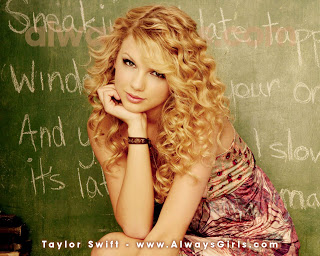 Taylor Swift is my best friend. It didn’t start out that way. We mostly hung out in my car once in awhile. No one would ever believe we were friends. Kids would make fun of me if I told them and that would just be ‘Mean’.

She talked about boys mostly. There was this one boy she liked who was a prince and wore a dark gray t-shirt. Back then, she told me she used to be a damsel in distress. I think she wore a dress when she went out with him. There was this other guy named Romeo, but her dad didn’t like him. Don’t know how that turned out.

Then there’s all that competition with other girls. Taylor had a problem with some cheer captain even though she had more in common with some guy than this girl did. I hope it worked out for her. She already had a best friend, Abigail, the girl with red hair. I knew she never considered me her best friend even though she was on my BFF list but I didn’t care.

Okay, I have to admit this friendship is purely one-sided. Taylor would say she doesn’t even know me and has no idea what the inside of my car looks like. Those kids who’d make fun of me are the young adults in my family. I’m aunt to some and mom to one.

I may not be the target audience Taylor’s shooting for so I secretly put some of her songs on my MP3 player and of course have the complete Fearless album. It was released the year before I started my book and those songs were front and center on the radio back then. I give credit to them for helping me along as I wrote my first novel. I can’t listen to music as I write but I do listen when I’m thinking. I like to hear the same music/artist over and over for some reason. Everyone’s different, I guess.

Taylor Swift was my girl for Waiting for Dusk. Something about her words and the simple messages she puts out there remind me of any girl, any decade.
Could I see her as Katie, my main character? Absolutely. Strong in values, loyal to friends and loves her family. So thank you, Taylor Swift, wherever you are. You’ve got a fan in me.