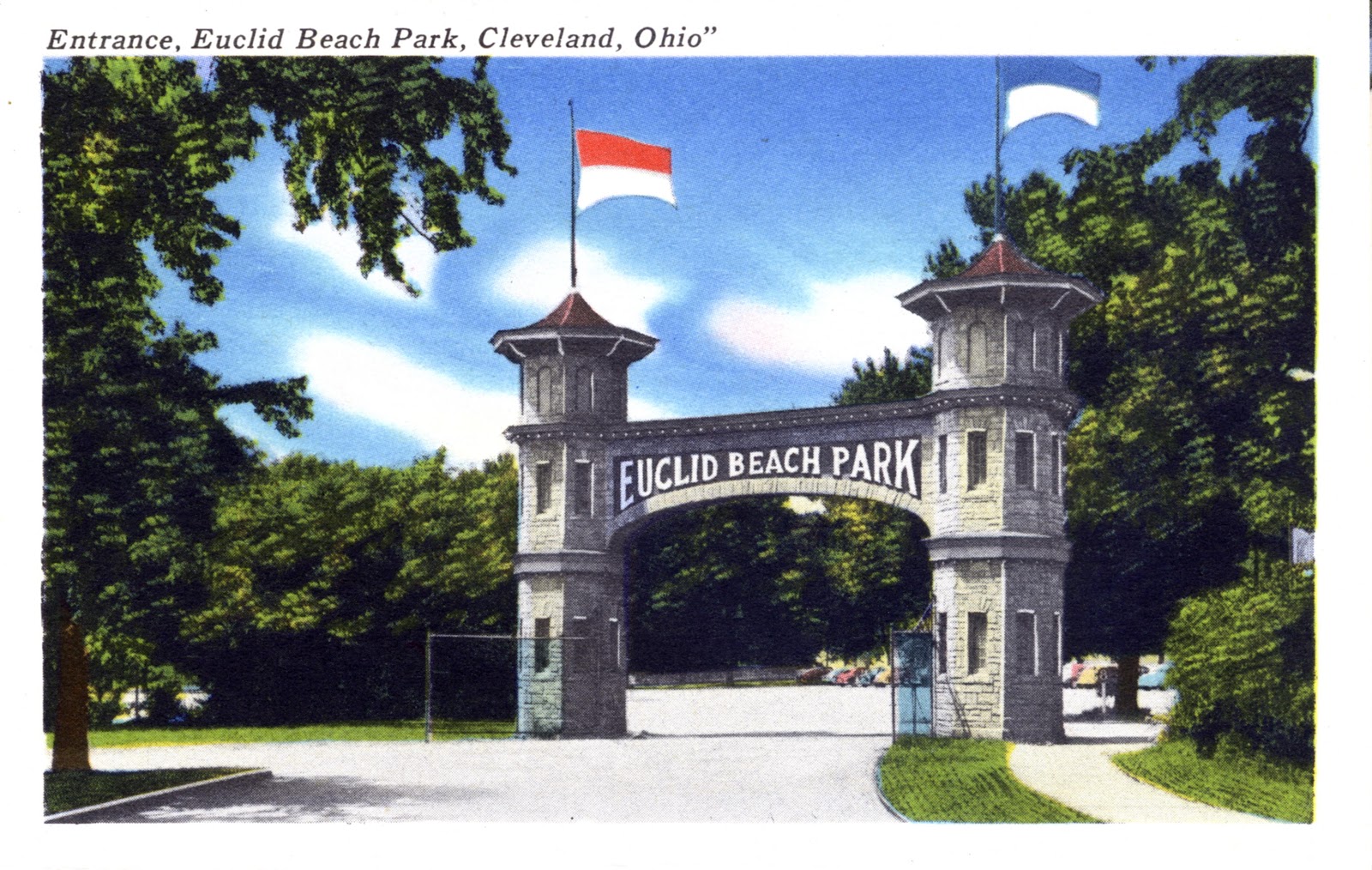 Whenever you’re writing a novel, I don’t care who you are, you rely on memories. There are stories tucked in the back of your mind itching to be set free. Characters might be based on people you know and scenes set on experiences you’ve had. Since it’s summer, I thought I’d share a memory that came to mind after reading about the long closed Euclid Beach Park in the paper.  It brought back old childhood memories.

Euclid Beach was a magical place to little kids back in the day. Why? That is a question my son asks. What’s so great about Euclid Beach? He, who has been exposed to every kind of park from Disney to Busch Gardens to Cedar Point.  Well, in those days, there weren’t a lot of places that catered to kids except Roller Rinks. We didn’t have all the choices kids have today. We only had three channels to choose from on one television set. Hard to believe, isn’t it, kids?

On the last day of school, we would all get that golden ticket. Yeah, I stole that from Charlie and the Chocolate Factory but give me a break. I’m a teacher and it’s one of my favorite books.  The ticket was actually yellow and it listed all the rides you could go on for free.

At the park, you usually bought tickets for each ride. Some rides were worth more tickets, like the Flying Turns, and were excluded on the golden ticket. If you wanted to ride, you had to pay.

I think we had to go on a certain day for the ticket to be valid, something like School Days. Euclid Beach wasn’t a far drive but to a kid it seemed far away.  We usually went with friends or cousins.

Once we entered the park, the first ride we ran to was The Bug.  It was great because you could fit a lot of kids in the circle of seats. Whoever was on the wrong end would get smashed by the rest of us. We always did our best to smash that person with a few extra pushes, too.  The Rocket Ships were usually next.  Two fit in a seat and the ships would leave the concrete pad and swing out and around in a circle. It was a thrill! And one of my favorites.

Afterward, we’d head down the midway past Laughing Sal and the Fun House. Never seemed like much fun to me, just the opposite. It was pretty scary. Sal would be in one of the corners of the outside of the building, supposedly laughing, but to me it was a sign to stay far away. I don’t remember going in there until I was much older.

Laugh in the Dark was not to be missed. Those type of rides are now referred to as a  dark ride because, well, it was in the dark. You’d travel inside a dark building in cars on a track and things would light up to scare you. I think my all time favorite dark ride was Over the Falls. You sat in a four person boat; two in front and two in back, and weren’t even strapped in. The boat went through a tunnel and scenes lit up but were not scary. When you came out of the tunnel you started chugging up the hill and then dropped straight down into a pool of water…without ever falling out. To this day, I never understood why not. I know there’s a scientific explanation but still…

Euclid Beach had many coasters, too. The Racing Coasters were fun because they took off at the same time and everyone wanted to come back first and win. They were the tamest of the coasters. We talked my mom into going on it one year. She was afraid of coasters and most rides. Well, we never heard the end of it. She hated it and repeated the story many times how we made her go! The kids loved the fact she went on a coaster. We thought it was great and, of course, funny.

I always remember coming to the back edge of the park. The last ride was the Flying Scooters. They looked like butterflies and you moved the wing back and forth to make the scooter go up in the air. There was a trailer park community beyond that and people were not allowed to walk through. I never remember going down to the lake although the park sat right by it. We’d stopped at the trailer park and felt we came to the end of the line.

When it was time to go home, we’d stop for ice cream cones and buy popcorn balls and taffy to take home. What a great ending to a long day.

So, to answer my son’s question, what’s so great about Euclid Beach? Hard to put into words but I think my answer would be the same every time…the memories.