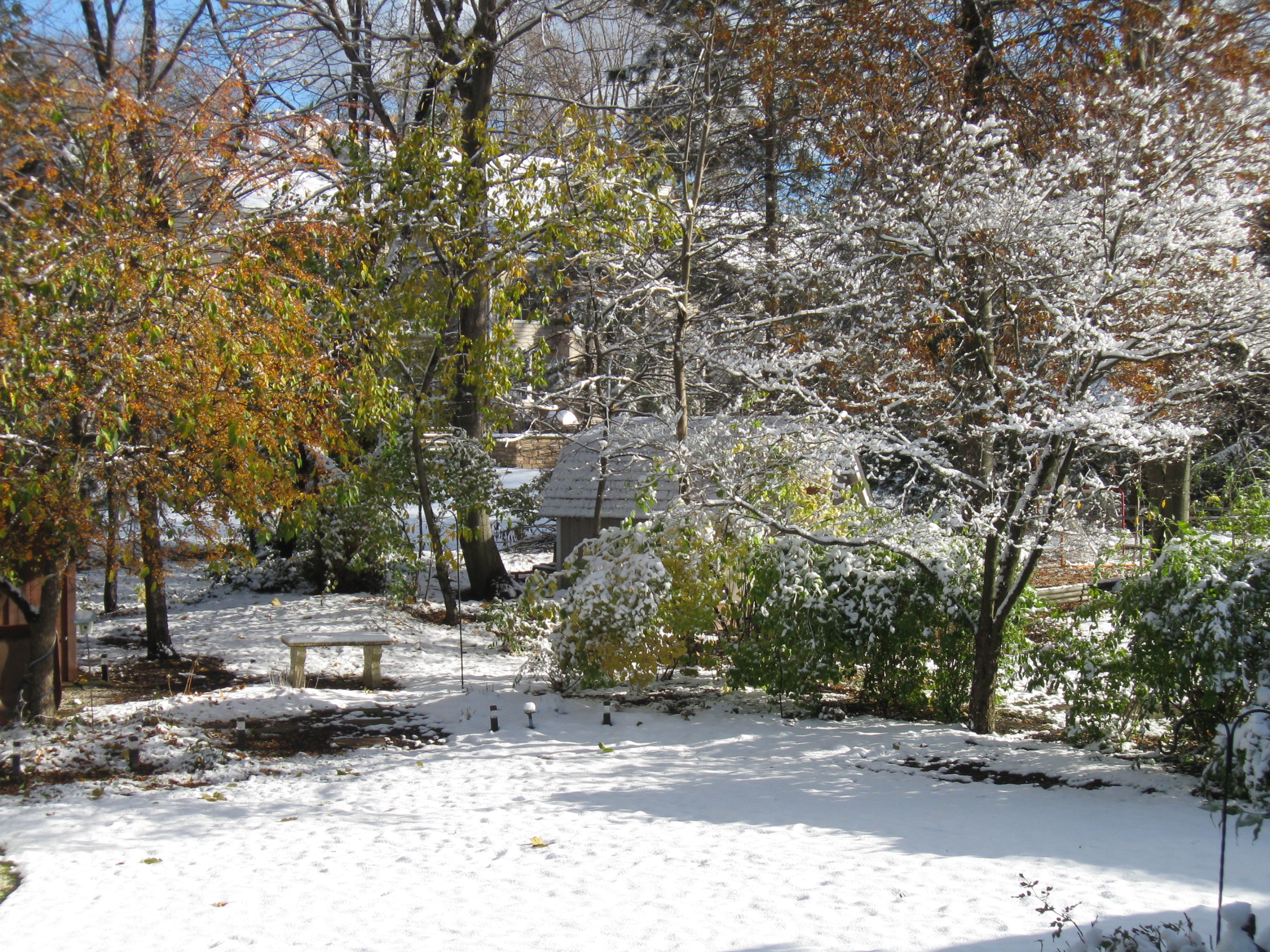 The trees are throwing up their branches in confusion. They’re saying, “What the?”  We’ve had early snows in Northeast Ohio but rarely a late fall. When the two collide, is it Flinter?

The autumn leaves stuck around late this year. In fact, the trees didn’t show signs of changing colors until mid October. By then, we’re usually raking up the bulk of them. Even as I look out the window today there are remnants on some branches.

Imagine the surprise of waking last week to Flinter! The sun was shining and it was a glorious morning. Snow glistened on the lawns and stuck to the branches of the trees. The odd thing about this picture was most trees still had their leaves. It was November twelfth!

Our part of the state was not the only place to get snow that day. The front dropped snow on Chicago and headed east to the Atlantic coast. We all were included in this wintry blast.

Using the seasons in a novel takes a little research, especially if you don’t live in that part of the country. Accuracy, I feel, is important. I always take into consideration that temperatures can be inconsistent year after year, but still want to be true to the climate. Authors have the right to change things up. Cold climates can have a balmy Christmas. It happened here one year. We still talk about the Christmas it was seventy degrees. Other times, Spring may not appear until the first of May. Sometimes we feel it may never stop snowing. Weather is a fickle friend. You can’t always count on it. But this year, was the strangest I’ve witnessed.

Maybe a few more seasons need to be invented. Then we won’t feel so disappointed when the snow falls on beautiful autumn trees. We can just say, “Hey, it’s finally Flinter!” We could enjoy that April snow shower just a little better if it had a name. “Oh, that happens a lot. It’s Snapril.” See? Don’t you feel better already?

Now that I’ve invented Flinter, feel free to use it whenever you like. I hope one day I pick up a book, start to read and the very first line say, “It was a dark and stormy Flinter.” That would make my day.